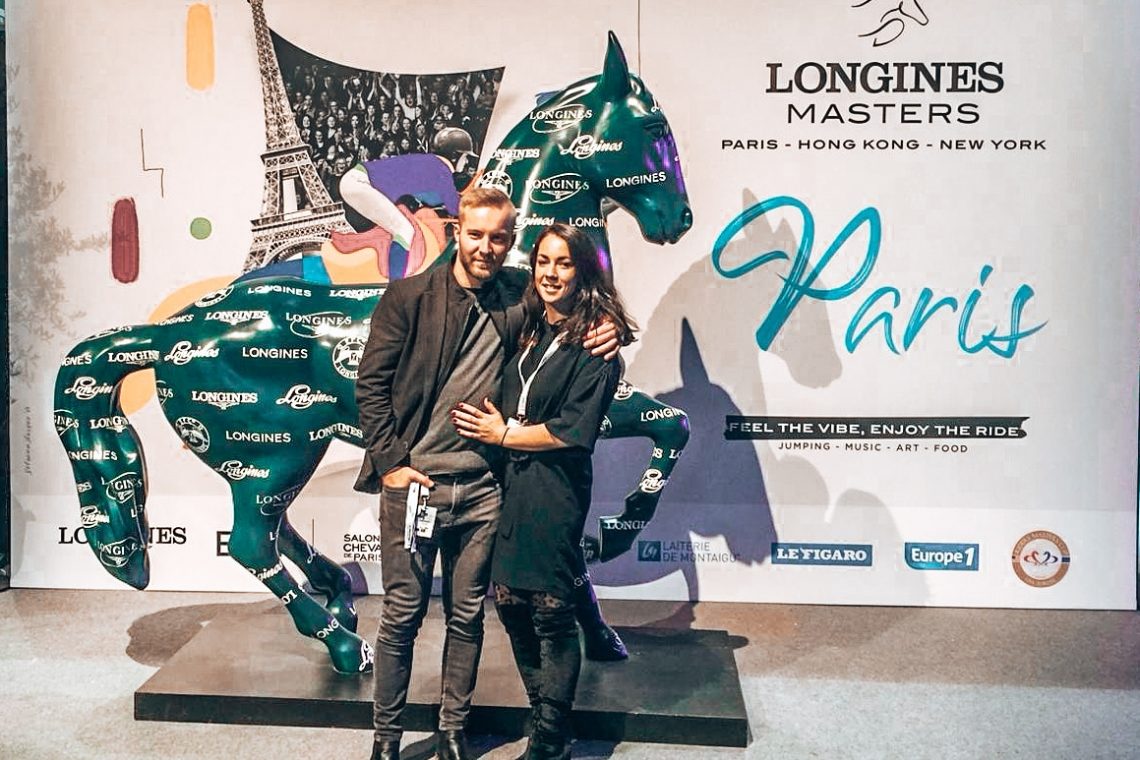 After the success of the Longines Masters in New York, EEM World asked me to compose another series of different orchestral themes for their Paris 10 years anniversary edition. This time the company also invited me to attend the event and play the European Anthem “Ode To Joy” by Beethoven on electric guitar, live on their stage. I happily accepted the offer and started working with Show Director Frank Lombaers.

After a few meetings the finished result turned out to be a series of adventure-style orchestral themes. One would be used to introduce the winning riders, another for their “tour of honor”, another one to introduce an “new class”, like for instance the speed challenge, and so on.

I composed and produced all of the music and delivered it to Frank and his technical team, who then went on to design a light show to go with the music and visuals to be projected on a giant 20 meter wide led screen.

On the first of december my wife and I travelled to Paris and checked in into the venue to do a little soundcheck for the guitar-playing part. After that we took a tour of the venue and were truly impressed by all of the horses, riders and the event itself with lot’s of things to see and do. We had a great time and it was a very cool experience to see my music come to live!